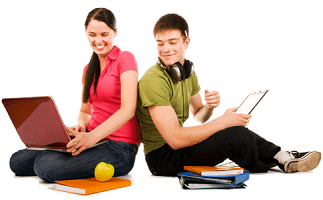 A Computerized Car Which Can be Steered With Eyes to Help the Disabled People to Drive Cars on their Own Without a Lot of Physical Movements.

A computerized car is configured with software to transfer the eyes movements; software converts eye movements into control signals of the steer wheel car. HED4 solution detects the eye movements; HED4 is made up of SMI which look like a bicycle helmet that is equipped with two cameras, infrared light emitting diode and laptop installed with the software. One camera points forward in the direction that the driver is facing and the other camera (eye camera) in the opposite direction, directs to one eye of the helmet wearer. The infrared light supports the eye camera to locate the driver eye movements. The HED4 detects eye movements and also able to capture the position scene of the camera the wearer is focused to and transmutes Coordinates in the image of the scene camera to the onboard computer using local area network. Onboard keeps on getting signals at an interval from a local area network and uses it to control the steering wheel.

Computerized Glove Mechanism to Break Sound Barriers and Enable the Deaf to Communicate without a lot of Difficulties.

The computerized glove has the intelligence to covert the sign language into electronic text and speech using gesture recognition technology. Language signs are stored in accelerator glove’s dictionary that interprets each gesture a deaf person makes. The glove incorporates sensors called accelerometers in each finger of the glove; other sensors are located at the elbow and shoulders to generate electrical signals from the movement and the position of the finger and hands in relation to the body. Deaf communicate by making movements in front of a computer that is accelerator dictionary is installed. These signals are analyzed by a microcontroller to trace the correct word associated with a certain movement. The various signs made by a deaf are recognized by the differences in the beginning hand shapes, intervening movements and the ending shapes of the hand. When the hand glove recognizes of these facts of movements, it safely eliminates the phrases that do not match the first movements of the hand, intervening process and at the ending process of the hand, only a single match remain from the database.

New Mouse Adapter to help the Tremors to Use Computer Mouse and Reduce Impact of Interfering with Signal that Makes Computer to Interpret Different Signal from Intended Ones.

The adaptor is a handheld calculator plugged between the mouse and computer to filter signals. The adapter has a microprocessor, which takes the motion data from the mouse and filters it before it transmits to a computer. Filtration of the signal is done using an algorithm that takes out any repetitious movements and allows a steady signal to pass to the computer for processing. The effect of the adaptor is much smoother in the movement of the cursor on the screen and improves the accuracy of mouse operation because even the unintended multiple clicks of the mouse are filtered. The adapter works with all mainstreams of computers and OS. The advantage it has is that it is compatible with the latest version of Apple Mac computer plus. The adaptor also does not need additional software; it is simply to plug it between the mouse and the computer and switched on or off and adjustments on conditional of tremors’ severity.

Application of Knowledge-Based Systems (KBS) for Supervision and Control of Machining Processes to Attain Higher Productivity and Profitability.

Best Practices for Mitigating advanced Threats of Trojan in the Financial Institutions to Reduce Cost of Operation and Money Fraud.

Most institutions deploy strong methods of authentication. Fraudsters, on the other hand, develop sophisticated software to attack. The best way to reduce network attacks of Trojan is good practice because most of the software’s designed get destroyed by powerful Trojan. Practices are one; it is very good to integrate security approach that employs external threats protection and good authentication for both the login and transactional levels. Secondly, creating strong relationships with a broad partner network e.g. browser developers to enhance things like identification, blocking and shutdown capabilities. Third, an organization to develop the ability to identify and address emerging threats before an attack happens. Fourth, an organization to deploy strong intelligence to understand what fraudsters do underground and confidentiality on spying of fraudsters within the organization and finally organization to educate its customers on the potential threats.

A new family of intelligent motion control computer interfaces (such as one's mouse or keyboard) that can sense and adapt to the user's application and workflow.

Current computers mouse execute a lot of commands such as selecting a menu, planning and zooming. The use of a mouse can be time-consuming to an extreme computer user such as designers. The system seeks to reduce the repetitive strains and time it takes to execute commands for extreme users of computers. When the designer is using a space mouse is able to spin or rotates the design model in 3Dimension with one hand carry their task more quickly and with a lot of ease. The Space Pilot incorporates an LCD display that enables users to easily see how each key is labeled; they are also extendable make an unlimited number of functions based on the user's current task. Keyboard of Space Navigator has a trackball device embedded on its side to support users to scroll down the Web pages, zoom in or out on document details with the left hand by making the right hand free so as to use the mouse to select and modify the text of a model.

Edge Write it is made up of a square plastic overlay that is placed on the touchscreen of a personal digital assistant (PDA) device. The overlay guides a stylus along the edges of the template even if the user's hand is unsteady. The Edge Write language is based on forming letters through hitting a series of corners on the template in a certain sequence and this makes it tolerant of wiggles and tremors. So if a user has unsteady hand when guiding the stylus it will not affect recognition of the text, because the device does not recognize characters or letters based on the shape of the stroke, but on a sequence recognize by the device's own alphabet that are used to represent ; letters, numbers, punctuation, accents and even other languages.

A System for Wearable Audio Navigation (SWAN) to Help the Blind, Firefighters, Soldiers and others who must Navigate in Unknown Territory.

The system has the capability to provide auditory cues that guide users from one place to another. This capability helps blind people to navigate as if they are seeing. The system is made up of various technology applications and research developments in robot tracking, artificial intelligence, and audio interfaces. The system incorporates a small laptop, tracking chip, global positioning system (GPS) sensors, a digital compass, a head tracker, four cameras, a light sensor and special headphones for sending audio signals through vibration to the skull and there is no need to plug it in the ears. In science, it is known that blind people rely mostly on hearing. The sensors and the trackers send data to the system application on the laptop to process the user’s specific location and the direction the user is facing. When the system receives data it maps the travel route and sends 3D audio cues to the special headphone which guides the traveler along the right path to the destination.